Cartoon I made about Rohingya Muslims in Burma was converted into a huge banner and shown during a protest  in Jakarta, Indonesia. 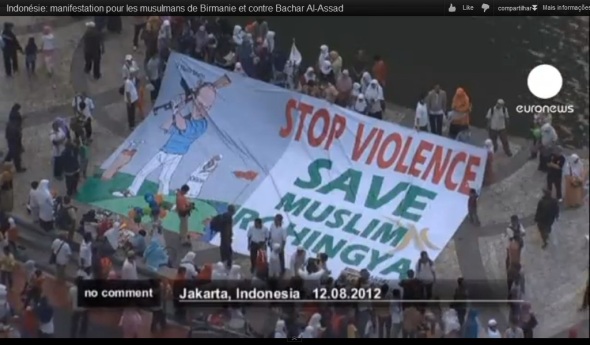 This entry was posted on August 14, 2012 by latuffcartoons. It was filed under Cartoons and was tagged with Burma, cartoon, Indonesia, Jakarta, Latuff, protest, Rohingya, Thein Sein.