Members of Human Rights organizations occupied the building of Supreme Court of Justice headquarters yesterday morning in support of jugde Mariana Mota, who was transfered from her penal office, where she worked on about 50 cases of human rights abuses during the 1973-1985 dictatorship in Uruguay, to a civilian court. 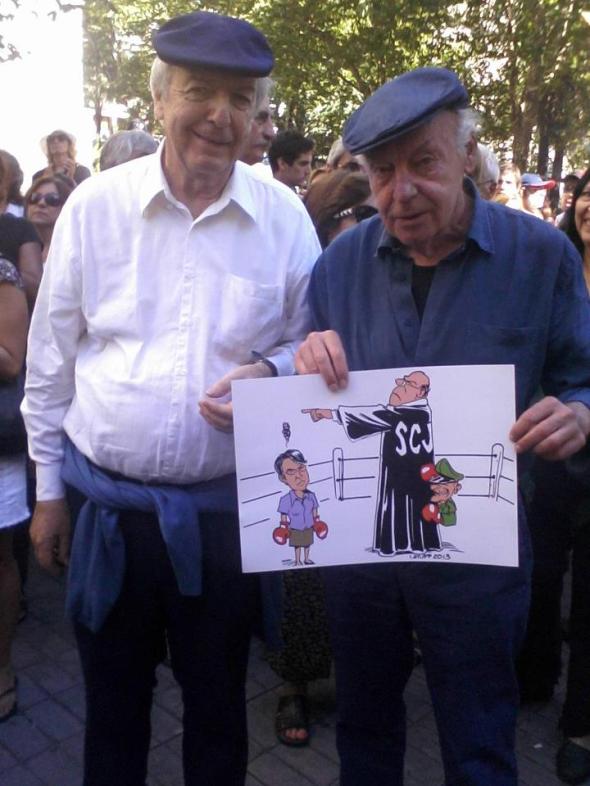 This entry was posted on February 16, 2013 by latuffcartoons. It was filed under Cartoons and was tagged with caricatura, cartoon, Daniel Viglietti, Eduardo Galeano, Latuff, Mariana Mota, Uruguay.