Protesters in #Malaysia using my Speak for #Palestine cartoon, March 30

(Getty Images) Malaysian Muslims hold placards and shout anti Israel slogans during a rally in support of Palestine in Shah Alam, outside Kuala Lumpur on March 30, 2012. People across Israel and Palestinian territories are holding a series of rallies on March 30 to mark ‘Land Day,’ which recalls an incident in 1976 when Israeli troops shot and killed six people during protests against land confiscations.

(Getty Images) Egyptian protesters shout slogans against the military rule during a demonstration in Cairo’s Tahrir square on May 4, 2012 as thousands of people took to the streets in the Egyptian capital and the Mediterranean port city of Alexandria, days after bloody clashes near the defence ministry raised tensions ahead of landmark presidential elections. Arabic writing on placard reasds: ‘The revolution continues in the square’.

Another of my toons converted into a poster in Faquaa village, near Jenin, #Palestine

(Getty Images) A protester holds a poster reading ‘No to occupation, settlements and division. Yes to a Palestinian state, national unity and popular resistance.’ during a rally held by Palestinian and foreign peace activists to mark the 10th anniversary of the Arab Peace Initiative, seeking to end Israeli occupation and establish an independent Palestinian state, in the West Bank village of Faquaa near Jenin on April 28, 2012. 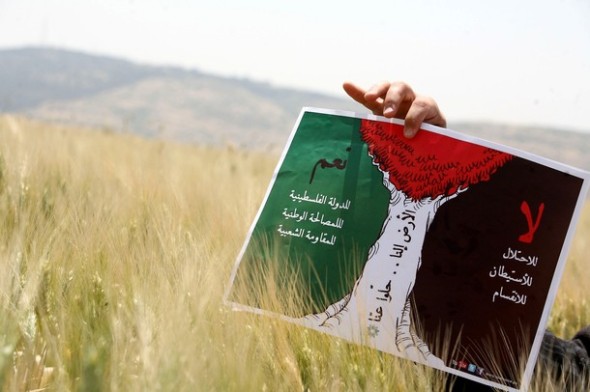 A protester who supports Syrian President Bashar al-Assad‘s regime holds a banner reading ‘No to US, Qatari, and French intervention in Syria‘, in front of the hotel where the ‘Friends of Syria’ conference is taking place in Tunis on February 24, 2012. (Getty Images) 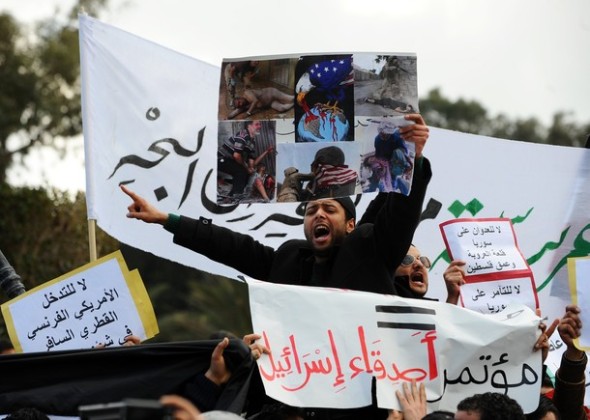 A man holds a placard during a demonstration against the regime of Syrian president Bashar al-Assad outside the Syrian embassy in central London on October 29, 2011. (Getty Images) 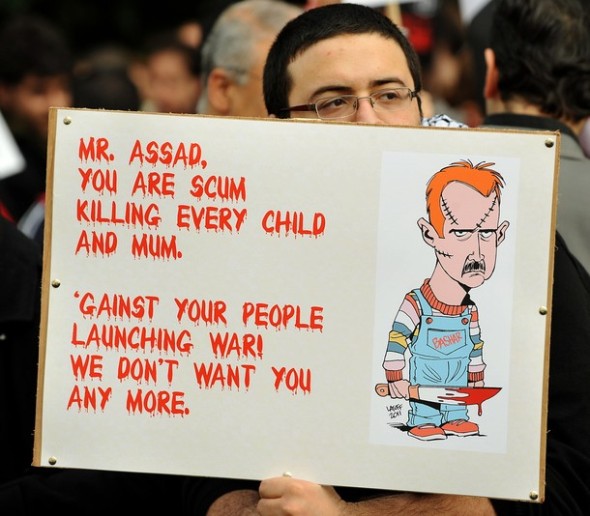 #Egypt demonstrator holding cartoon on the anniversary of #Jan25 Revolution

An Egyptian demonstrator holds up a cartoon (the artwork I made in January 16, see HERE) depicting a member of the ruling Supreme Council of the Armed Forces (SCAF) with the slogan ‘Down with the military rule’, during a demonstration in the coastal city of Alexandria on January 25, 2012, to mark the first anniversary of the revolt that toppled the regime. (GETTY IMAGES) 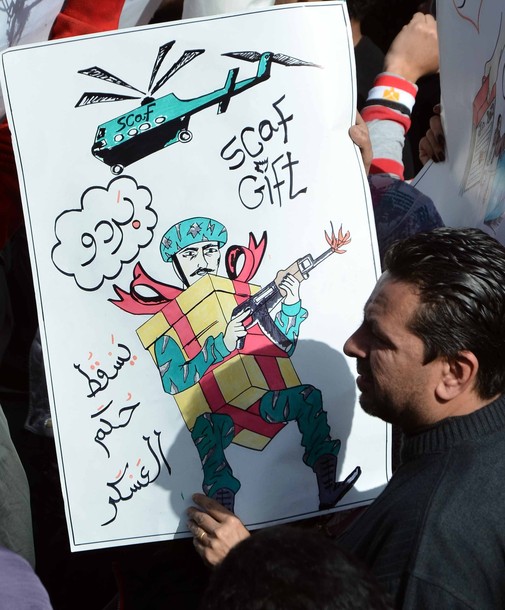